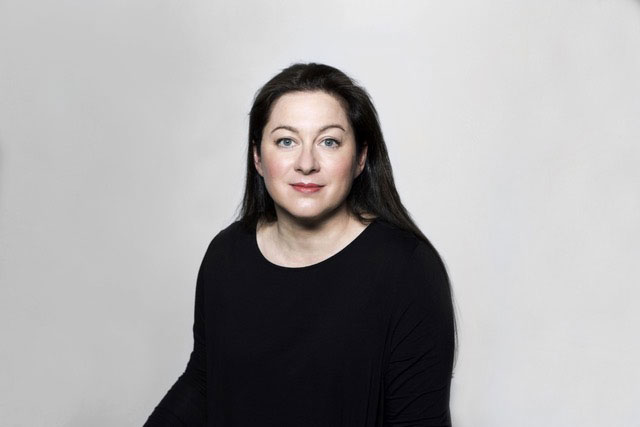 Peace Advocate and former South Australian of the Year Gill Hicks has been announced as the first Ambassador for The Code 9 Foundation.

Gill Hicks is considered to be one of the most thought provoking, powerful and life affirming speakers in Australia. She is globally known as a survivor of the London terrorist attacks of July 7th, 2005.

She was severely and permanently injured, losing both of her legs just below the knee. As a bilateral amputee and with PTSD, she is also passionate and active within the health and wellbeing sectors within Australia.

In the years since the terrorist attacks, Gill has watched the blurred CCTV footage of her crowded London Underground carriage on the morning of July 7th, 2005, when a 19-year-old terrorist blew up his home-made suicide bomb.

"I wanted to know everything," she says.

For hours after the blast, it was uncertain whether Gill would survive. Her body was so bloody and burned, rescue workers could not tell whether she was a man or a woman.

She says she heard the "voice of death".

And when she was transferred from an intensive care ward to a vascular ward, she made the nurses laugh by trying on new three-quarter length pyjama pants and asking "Do my stumps look big in this”?

Because that’s just the sort of person Gill is.

When Gill meets with Code 9’s Research Consultant Erin Smith, they talk about what it means to “survive”.

Gill: “It’s an ongoing struggle. It is both physical and psychological. All those years ago I awoke to a new normal. I had to learn to walk again. To navigate the world without legs. I will never again know how it feels to walk on the sand. I’ve forgotten what it feels like to have the cool ocean lap at my feet…..”. 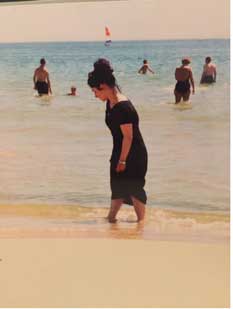 In addition to her bilateral amputations, Gill temporarily lost her eyesight due to optic neuritis. When her vision returned, she had lost her sense of colour. She developed multiple sclerosis. But she refuses to be restricted in her ambition. She was told she would never sing, because her injuries limited her lung capacity, so she released a single on iTunes.

She devised ten challenges, including abseiling and tap dancing.

"The first abseil was terrifying, because it was a bloody tall building," she says. 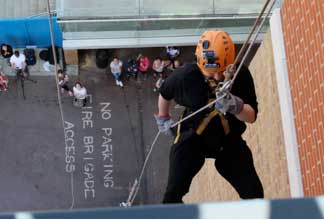 But then there’s the psychological survival.

And that’s an entirely different story.

The PTSD didn’t set in until seven years down the track. And it still kicks her in the pants.

And that is why Gill has joined Code 9, to share her stories and experiences. Because, like all of us at Code 9, Gill knows how important it is to remind everyone that #youareneveralone